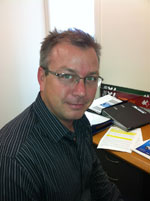 The mystery can now be revealed…

Last month I said that we were about to unveil a new XL Product and many friends and customers have made some guesses about a new and different type of Service Body or Canopy…. But they were all WRONG!

Hardly surprising because manufacturing an XL LUBE SKID complete with tanks, hoses and pumps is a pretty big departure from XL Service Bodies and Canopies. 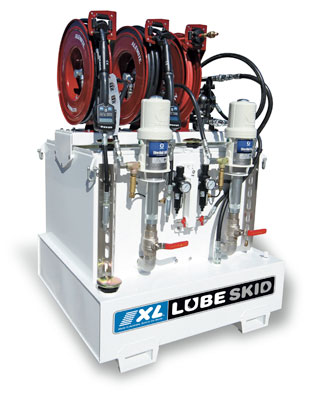 But, like our other products the creation of the XL Lube Skid has been market driven by the many enquires we have received asking if we knew anyone in Australia making a reasonably priced version. The imported Lube Skids cost a fortune, have backup support problems and are not Australian!

So Managing Director Nick Korganow set himself the task of designing one here that would fit neatly on the back of a one tonne ute or 4WD and be able to do oil changes in the field or mine site in a matter of minutes and take on board the old oil for transport back to the depot.

As Nick says its not quantum physics, some big tanks to hold new oil, and another big tank for used oil, some hoses on reels and a couple of pumps to suck out old oil and squirt in the new stuff. All self contained on a skid pallet for easy loading and off-loading!

So XL is now busy making XL Lube Skids with the same stringent quality controls we have for our service bodies – so you can be sure they will last a long time. Our first production model was displayed at the Surat Basin Mining and Energy Expo last week and had a great response. We met all kinds of people who were interested in the versatile XL Lube Skid. Here’s a short Video from Daniel Cremin of XL Service Bodies: 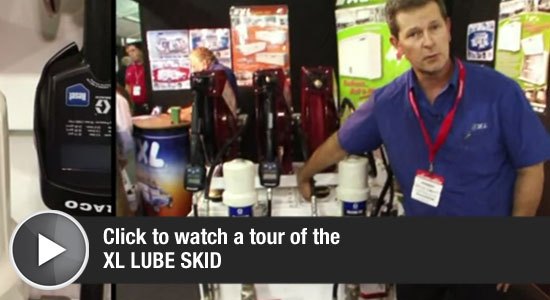 And that’s not all we displayed at the Surat Basin Expo! – XL has redesigned the mounting system for our Service Bodies and Canopies to offer a heavy duty option for off road and rough terrain conditions. The new HD 3POINT Mounting System isolates the Service Body or Canopy and contents from the chassis vibrations / and flexing movements. This not only protects the valuable tools and other items inside, but also minimises metal fatigue in the Body / Canopy for a long productive life. Have a look at how well our HD 3POINT sits on the Nissan Patrol… Can you say Fraser Island? Honestly speaking the comments were incredible. 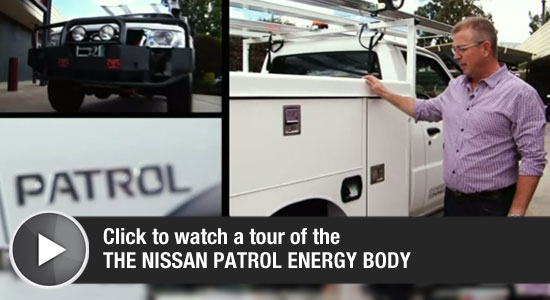 “SHOW US YOUR BODY” Competition

Show us your body entrants seemed surprisingly shy, with relatively few willing to reveal all, even for an XL T Shirt.

However those that did send photos were excellent and justifiably proud of their sign writing efforts.

The Winner was Hannantech with their fleet of Toyota Hilux Extra Cabs, all fitted with Z Service Bodies and sporting the businesses logo and signwriting. An XL beer / cold drink fridge is on its way to them.

We will NOT be at the QME Expo…… BUT we will be in Mackay at the same time and in cooperation with Nissan Australia will be exhibiting our range of Service Bodies, Mining Optioned ROPS Bodies, Canopies and the new 3POINT Heavy Duty Mounting System, at Virgin Stadium 2 Casey Avenue, South Mackay. On Tuesday 24th July.

And for the following two days at North Jacklin Nissan 49 Gordon Street, Mackay.

So if you are in Mackay for QME, take a break from the hustle of the show and come and have a coldie with me, the XL Team and the Nissan people at Virgin Stadium or North Jacklin Nissan.

Once again thanks for reading my newsletter. If you want to see all our newsletters you can click here which takes you to our NEWSROOM web page. Here you’ll find all the Newsletters and YouTube videos in one convenient location. If you think you have a friend or colleague that you think would be interested in these stories click the Forward button at the top of the newsletter and share the news.